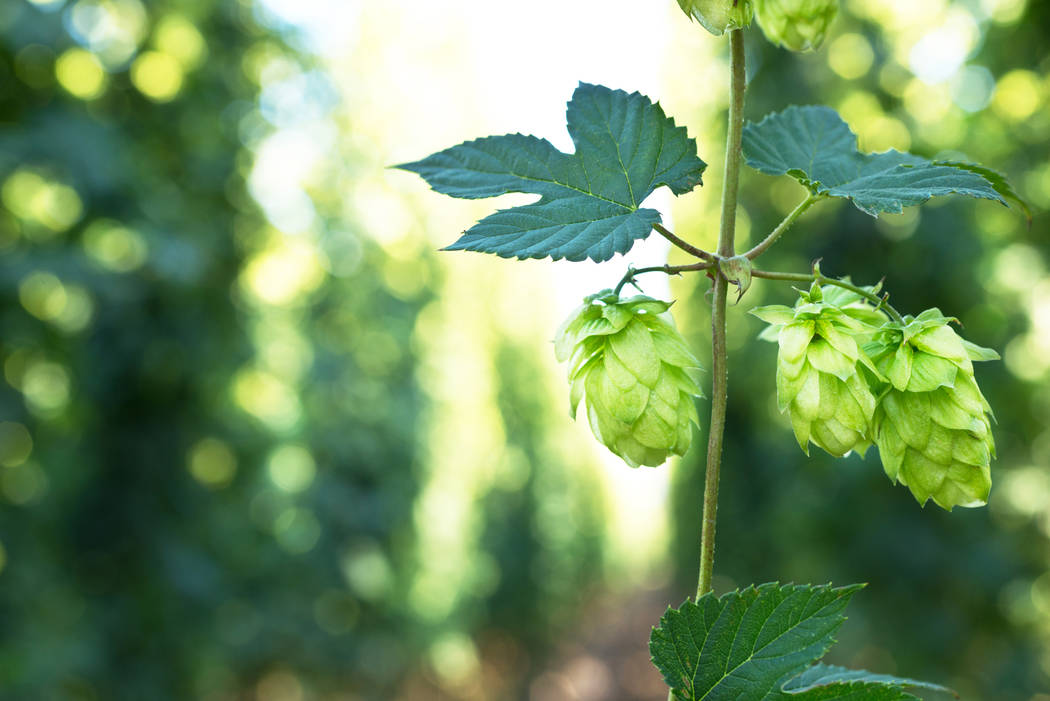 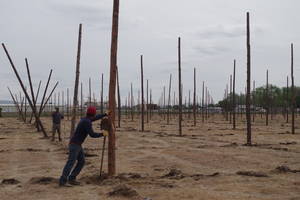 For new yards, trellis construction may take place after harvest in the late fall and early winter, as well as springtime. 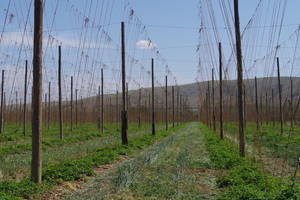 Many growers plant a cover crop between the rows in the late fall or early spring (such as a winter grain crop).

In late winter to early spring, rhizomes can be cut from dormant hop plants (crowns). Potted plants are transferred to greenhouses to break dormancy, allowing propagation through green cuttings. 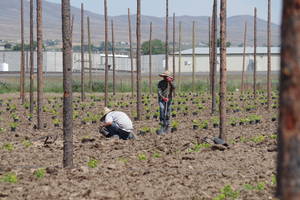 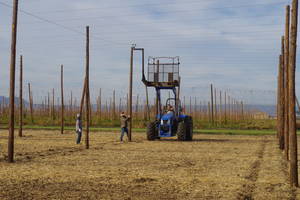 Trellis and irrigation systems are repaired. 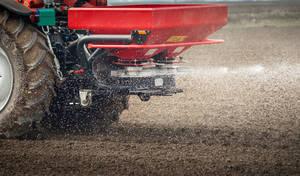 Initial fertilizer applications are applied. Based on soil tests, each field is treated with nutrients at the levels needed for healthy plant growth. Nutrients will continue to be applied throughout the season as determined by plant tissue analyses. 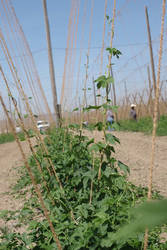 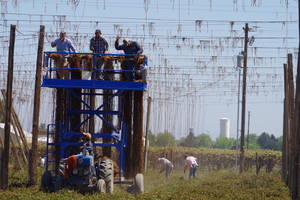 Twining crews manually tie coir (coconut fiber) or paper twine to the overhead trellis structure, while other workers insert the twine into each hill (hop plant).

Training dates are established. Each farm determines these by looking at a number of factors including growth rates, bloom dates, cone development, and the historical trends of each variety and field location. With the addition of so many varieties on farms now, picking windows of other varieties are noted when selecting training dates. Depending on plant vigor, value of the variety, labor factors, and weather, additional training can be scheduled one or more times to increase the crop size per bine as new shoots emerge. Drip irrigation tubing is installed or rolled back out in the yards, allowing targeted irrigation to begin when soil conditions and plant growth require additional water. 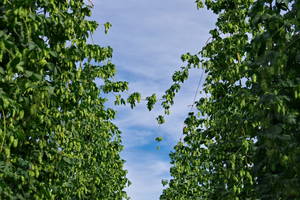 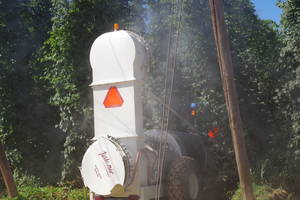 Plant protection materials are applied as needed based on scouting data and damage thresholds, to prevent crop loss from pests and disease. 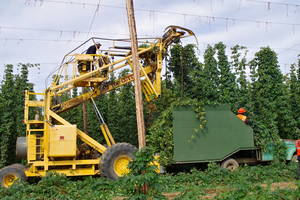 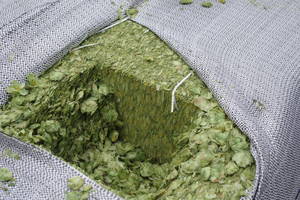 As hops are harvested, dried and baled, Department of Agriculture inspectors collect official samples for seed, leaf, and stem inspections to verify the quality of the crop for merchants and, ultimately, the brewing customers. 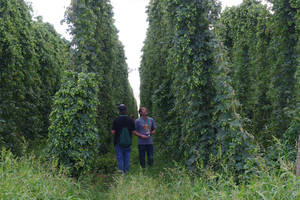 Brewers visit farms and merchants for hop selection, choosing the hops they will brew with throughout the year. The first “killing frost” (frost which majorly reduces pests like aphids) in the fall signals the hops to go into dormancy. Drip irrigation tubing is removed from the yards to prevent damage during winter months and allow early spring field work to proceed unimpeded.
VideosBecome a Member!